The Nighthawks: A Theatre Performance

An event every week that begins at 2:00 pm on Friday and Saturday, repeating until October 15, 2022 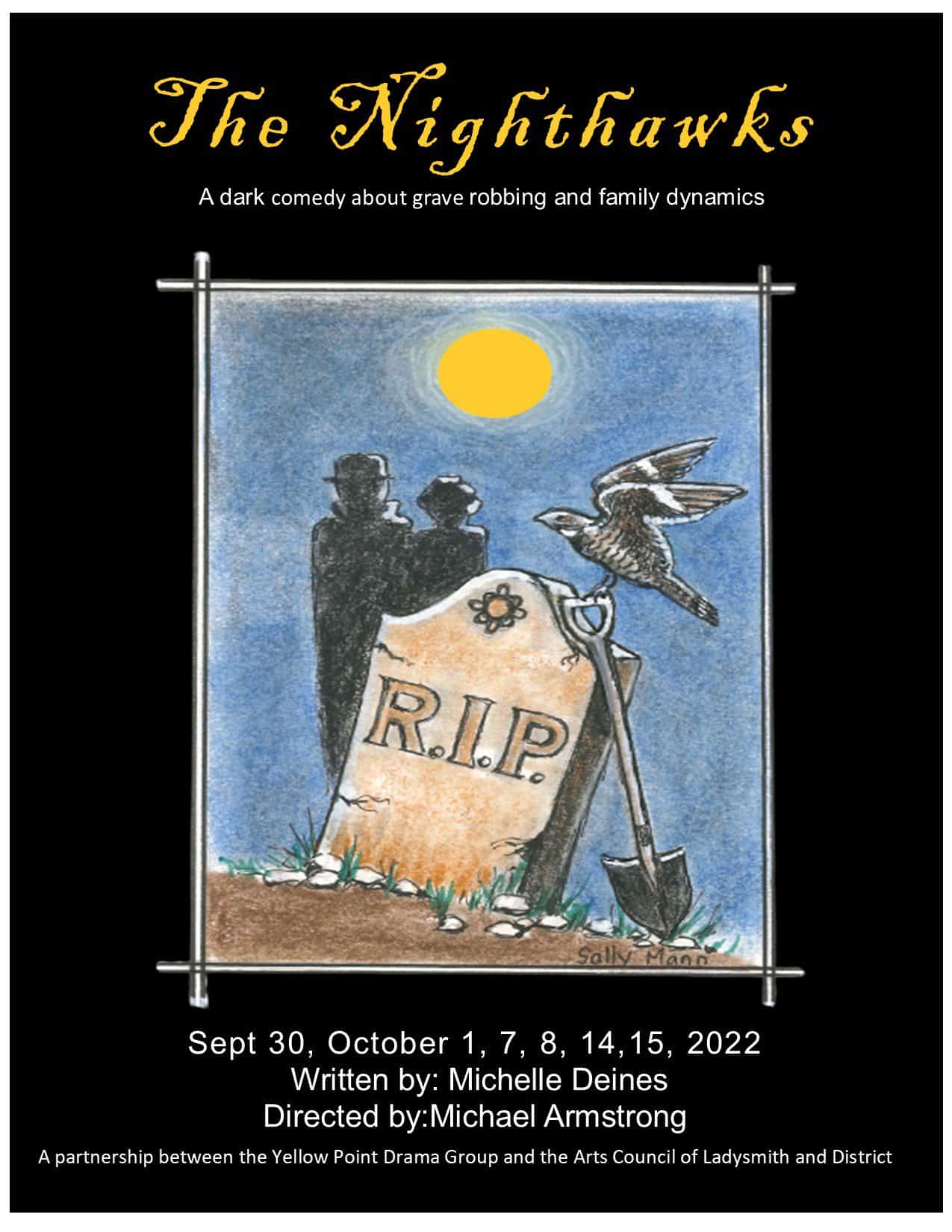 Winner of the 2019 B.C playwriting competition, The Nighthawks written by Michelle Deines makes it’s world premiere at the Cedar Community Hall from Sept 30 to Oct 16, 2022.

A dark comedy about grave robbing and family dynamics, we meet Vicki and Roger (sibilings) who’s elderly father has just passed away and they are forced to come to terms with his death. Given a chance to reconnect after a rift was formed between them, a decision made my Vicki to do an illegal act in order to fulfil her father’s dying wishes sets in motion a series of dramatic, yet comical moments. The course of the play is told with a mixture of present day scenes and flashbacks

Directed by Michael Armstrong, this production offers evening and matinee performances along with a gala opening.

This is a partnership with the Arts Council of Ladysmith and District and the Yellow Point Drama Group.
Questions? Email yellowpointdrama@gmail.com or info@ladysmitharts.ca