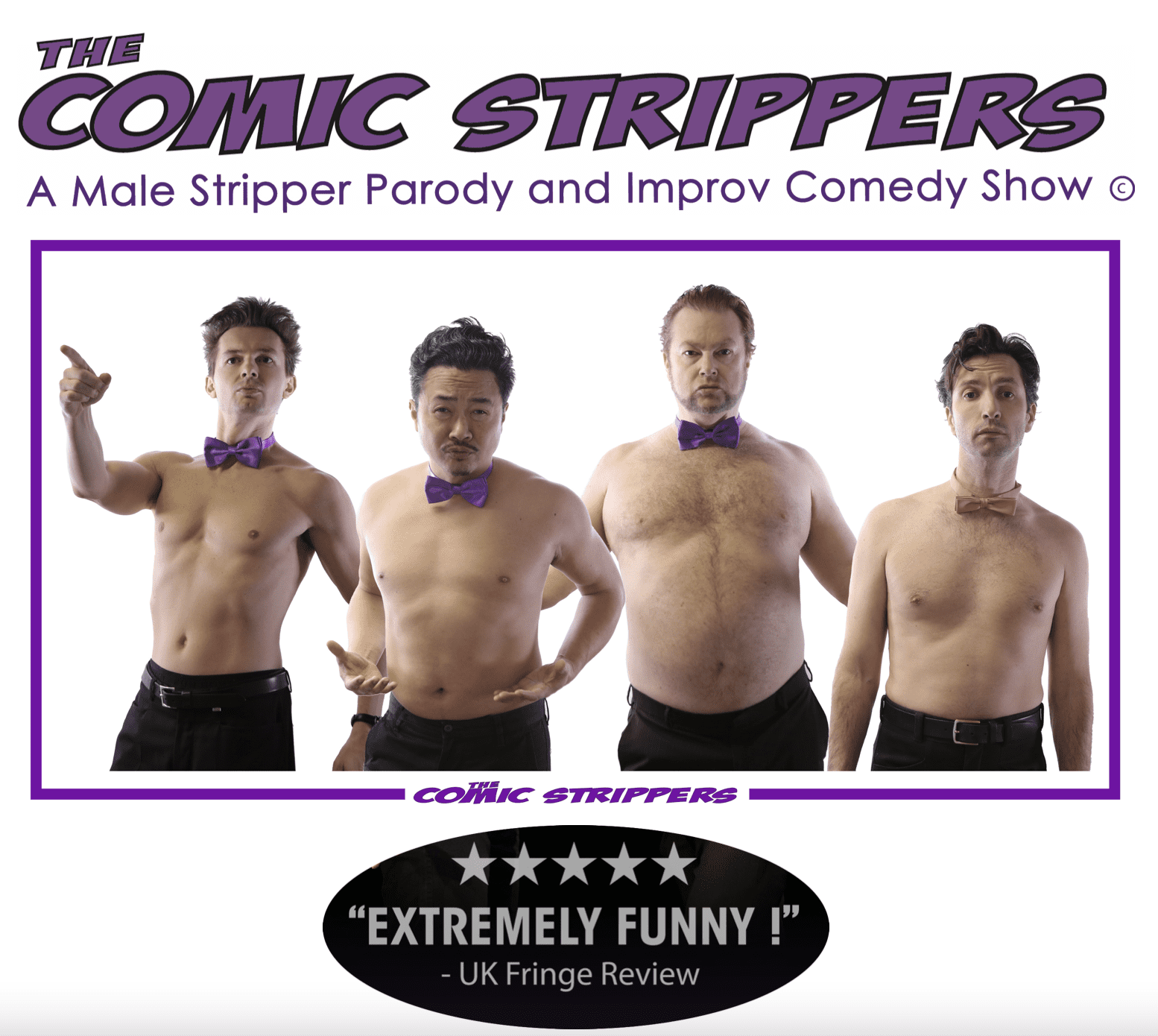 A parody and improv comedy show

The award winning improv comedians are back with a new show, more moves and even quicker wits.
A SHOW FOR ALL GENDERS… 19+ ONLY

WARNING! No extreme nudity, just extreme hilarity.A fictitious male stripper troupe (played by a cast of some of Canada’s best improvisational comedians) performs a sexylarious improv comedy show. They try to be sexy… it just comes out funny. Constantly grooving and gyrating in between scenes they banter with the crowd and perform their hilarious twist on improv sketches. They sing, they “dance”, and they are ready to make you laugh. Semi undressed and completely unscripted, The Comic Strippers take off their shirts and take on your suggestions to create a whole new genre of comedy.